Community[: the] Heart & Soul [of democracy]

A few years ago, I got a call from two retired professors asking if I could prevent a Starbucks from being built across the street from their homes (spoiler alert: I couldn’t). As I looked into the details, a lot hinged on the zoning of a lot that sat vacant for years, after a funeral home was demolished in the space. It was grass-covered, and surrounded by 100-year-old trees, but it was across the street from a busy college campus. Despite being mostly residential, it was on a main road and was zoned for commercial buildings. No one had paid much attention to this vacant lot until now. “It could be a park,” neighbors begged the city, “or a community center.” But it was too late – a developer bought the land and built the Starbucks.

Many conflicts like this come from what people here value: how they envision the soul of their city. Here in Kent, Ohio, it’s our “small town charm.” We’re a quirky college town; home to mom-and-pop stores, historic buildings, and 100-year-old trees along the sidewalks. Some folks here are resistant to change; others think the city isn’t changing fast enough. I’ve found that, In Kent, and in other small towns that I’ve studied, most residents are reactive: they wait until something is happening before they voice their opinion. They often see change as something that happens *to* them, dictated by “the city” (broadly speaking) or by wealthy developers, rather than something they can affect themselves.

The Community Heart & Soul project seeks to change how people view their role in the community and works with them to rewrite (literally) the guidelines for change in their city. This approach to small town planning began more than 15 years ago, and is now being used in more than 60 cities across the country as a model for soliciting community feedback about their future. While this is not new to the field of planning – echoes of Jane Jacobs’s calls for grassroots decision-making can be heard – the approach is novel:  Community Heart & Soul is a  national nonprofit that trains community volunteers to manage this planning process at the local level.

The initiative is supported by the nonprofit 501(c)(3) Orton Family Foundation, but is essentially run by community members in each city, and aimed at gathering information about the community’s priorities. This model centers on three key elements: asking residents what is most important to them, reaching out to unheard groups, and providing a wide range of data to inform future city planning. This is accomplished by several years of storytelling workshops and block parties, coupled with surveys and visits to community organizations, all being built around the idea of learning what people would like prioritized in their city. 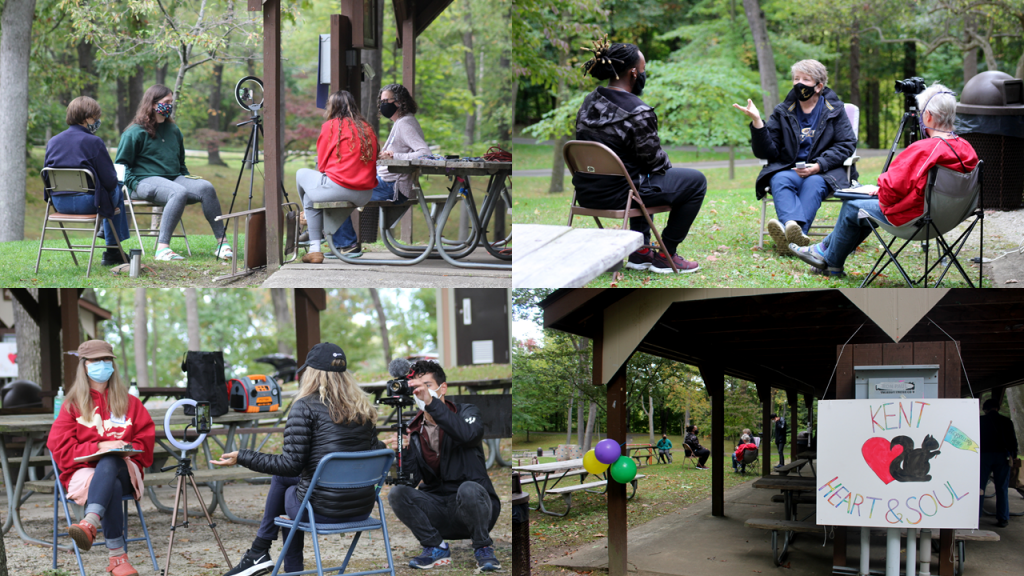 Focus on What Matters: Rather than asking folks what they would like to change, the primary question this approach asks is, “what do you value?” While open to hearing criticism about the town, what is more important, and sometimes overlooked is what we love about our hometown, not what we hate about it. We can use this information to support and enhance programs and services and policies for what matters and perhaps cut back on or redirect others. A focus on positive, constructive dialogues is part of what drives the energy of Community Heart & Soul volunteers.

Involve Everyone: Gathering stories about what people value elevates the voices of the many rather than the “squeaky wheel” of the few. Without this information, how is the city making democratic decisions? How do city council members know what their constituents support, beyond angry emails and conversations with friends? Reaching out to folks who don’t come to city council meetings, write letters, or make phone calls will significantly change what representatives are able to hear. These unheard voices are often those who are most marginalized and disconnected – they are most in need of being heard.

Play the Long Game: Community Heart & Soul is a method of gathering information that increases a sense of community and supports the creation of a master plan. Community master plans provide a broad overview of existing land use, socio-economic patterns and trends, and community goals. These plans are used as a basis for more specific decisions by city governments (including zoning, funding allocation, and creative/social/environmental initiatives). Kent’s last master plan, called the “Bicentennial Plan” was published in 2004, well before the last recession, new downtown redevelopment, and current pandemic. The city is long overdue for a new plan and new voices.

Determining the future of a community is more than just asking if people want a coffee shop or a park. It’s about finding consensus on core values, having difficult conversations among diverse groups, and discovering what people are willing to commit towards achieving community goals. In a democracy, this work is an essential part of our community infrastructure. We’ve only just begun the project in Kent, but I’m looking forward to what’s next.