Nonviolent Action as a College Student 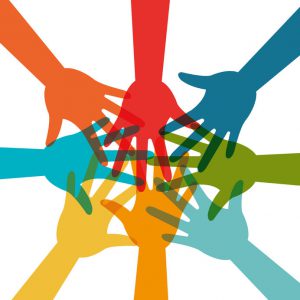 We often hear talk of, and many have even taken part in, strikes, boycotts, protests, sit-ins, civil disobedience and the like, all actions used to influence and encourage social change. What do these actions have in common? They are all methods of nonviolent action: a technique of action for applying power in a conflict by using methods that are not physically violent. It is important to note that nonviolent action is not passive, it is simply action taken that is not violent.

I was first introduced to the meaning of nonviolent action through my studies as a Peace and Conflict Studies Major at Kent State University. After gaining an understanding of what nonviolent action is, I realized that I have been practicing it throughout my college career. I have a position as a Service Leader with Community Engaged Learning at my college, and in this role, I have been exposed to the way nonviolent action has been used in and benefited my community. I facilitate service events for students and alumni that serve local nonprofit organizations. A major component of these events is a discussion with volunteers on the organizations we are serving that have a focus on aiding the community. These events act as teach-ins, educating students about social issues happening in their community and ways to effectively combat those issues.

Mahatma Gandhi used nonviolent tools for mass action to not only fight against colonial rule, but also social evils such as racial discrimination and untouchability. He was keen on the idea that nonviolence seeks to defeat injustices, not people, and it has the power to educate and transform a community. Gandhi also emphasized the significance of nonviolent action, stating, “Without a direct-action expression of it, nonviolence, to my mind, is meaningless.” (M.K. Gandhi).

American political scientist and peace scholar Gene Sharp dedicated his career to articulate and advance the cause of nonviolent action for change, using his close study of Gandhi and dictatorships to build on effective nonviolent actions as a substitute for violence. In 1973, Sharp published Methods of Nonviolent Action, a work that provides the reader with 198 methods, or “tactics”, of nonviolent action that have been used in the past. This list contains everything from staying at home or letter writing to international boycotts. These methods individually or used as a combination can be utilized to resist genocide, dismantle dictatorships and challenge unjust social and economic systems.

As a 21 year-old college student, I often asked myself, “What can I do to make a difference?”, in terms of the social injustices I was seeing around me. As I became more aware of the many ways to execute nonviolent action in efforts to promote the change I wanted to see, I realized that it is the perfect way for students and people my age to become involved in their community and feel as though they are truly making a difference in the world. For those of us who want to be activists but cannot be on the frontline of protests and strikes as we are balancing school and part time jobs, nonviolent acts such as signing petitions or writing letters to government officials are an optimal choice. Voting is another nonviolent act that has a substantial impact on creating change on a local, state, and national level. There is a common misconception carried by individuals in our society that their small act is meaningless. The truth is, there is power in numbers and every single act matters. Educating individuals of the potential acts they can execute to fight social injustice, and the historical evidence that proves its effectiveness, can work to mobilize more youth to become engaged in their communities.

According to the United State Institute of Peace, nonviolent action has shown to be twice as effective as armed struggle in achieving major political goals. The peaceful change that has come from nonviolent movements in the past showcases the importance of nonviolent action in conflict and informing the public of nonviolent methods as an alternative to violence. For young people around the world, those who carry the future on their shoulders, we have the power to embrace nonviolent action and use it to create a more peaceful tomorrow. The best part is, every one of us can enact those tools into our daily lives, without disrupting our present schedules and responsibilities.